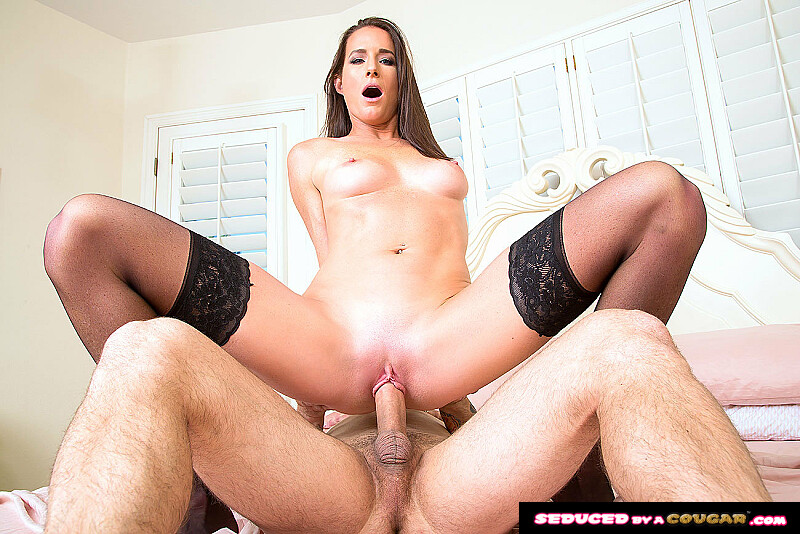 Sofie Marie’s handyman Pete is over fixing the garage-door opener for her and her husband, and she discovers that he recognizes her from somewhere, but he can’t quite put his finger on it. Later on, after his work is complete, a light bulb goes off in Pete’s head and he remembers where he saw Sofie not too long ago: the swingers’ club! Although a bit embarrassed, Sofie confesses and admits that she and her husband, yes, are swingers, and that Pete most likely did see her at the swingers’ club. her admission opens up a whole new plane of conversation and exploration for her and Pete. And because Mr. Marie isn’t home, Sofie takes the opportunity to explore what Pete’s got packing in his pants! She starts the handyman off with a handy, then proceeds to blow him and have him park his car in her garage!

Sofie Marie fucking in the bed with her outie pussy