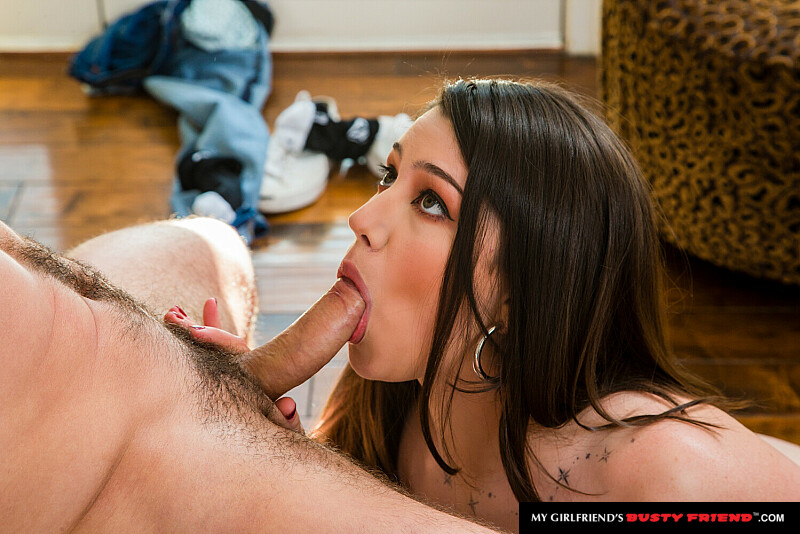 Lucas wants to throw a surprise birthday party for his girlfriend. He has her bestfriend, Alyx Star, stop by to help plan it. Lucas also needs an opinion on the gift he got his girl, which happens to be some sexy lingerie. Alyx is convinced the lingerie won't fit her friend because the bra is way to big. To prove it, Alyx tries on the lingerie -- seeing as her tits are much bigger. Sure enough it fits Alyx perfectly, which means it will be too big for her friend's boobs. Never one to let an opportunity go to waste, Lucas convinces Alyx to fuck him in the lingerie that was meant for his girlfriend.

Alyx Star gets fucked in her friend's gift