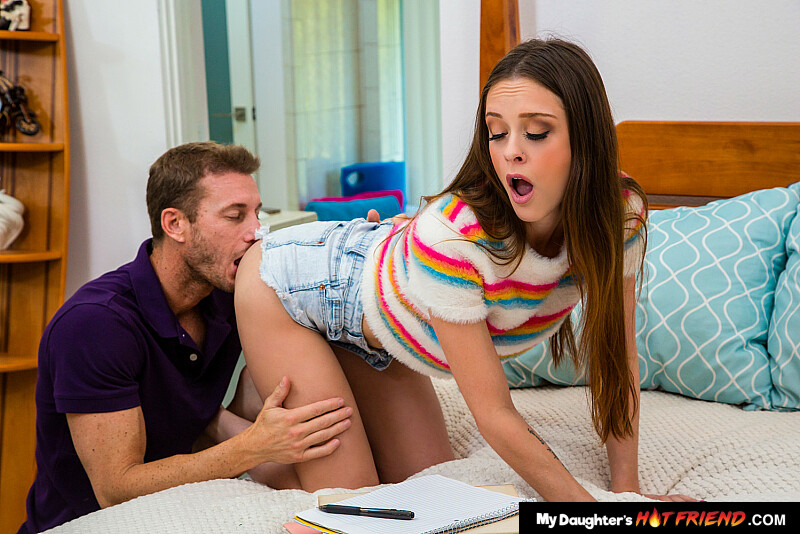 Lily Glee is at her friend's house waiting for her to get home to study when Mr. Mclane comes into the bedroom. He lets Lily know his daughter isn't coming home because she's out with her boyfriend. Mr. Mclane explains to her that this is common when people start dating. Lily tells him she wouldn't know because she's never had a boyfriend, nor kissed anyone - or so she says! He gets so turned on by her innocents that he makes a move and fucks her right there on his daughter's bed. With her skills and willingness, perhaps it was all a ruse just to fuck her friend's dad!