For your own good - Movies from Dorcelvision 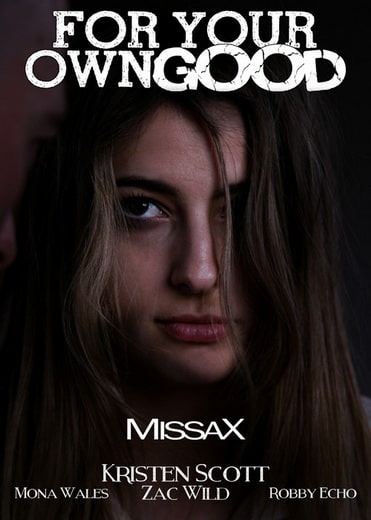 Casting :Kristen Scott, Mona Wales, Robby Echo, Zac Wild,
Synopsis : Kristen Scott is being dragged by her step-mother into a vacant room. She's being punished for running away. Her step-mother, Missa, brings in Kristen's step-brother, Zac Wild, to soothe her. He always could handle her wild behavior. Zac looks at the wild scene unfolding, he's always felt like he's had to take care of his over-emotional mother and his stepsister, and it's been like that even when his stepdad was in the picture. Mona is having a conflict of her own. She and Zac made love for the very first time last week and she hasn't heard from him since. Zac tries his best to soothe Mona. He doesn't want to lose her. Mona has no idea the conflict that has been going on in his family. They've taken Kristen to a getaway house and asked her not to call Robby over. She disobeys them, she has to see Robby, he's the love of her life, and she needs Robby to comfort her, she's scared. Watch the story unfold..

For your own good