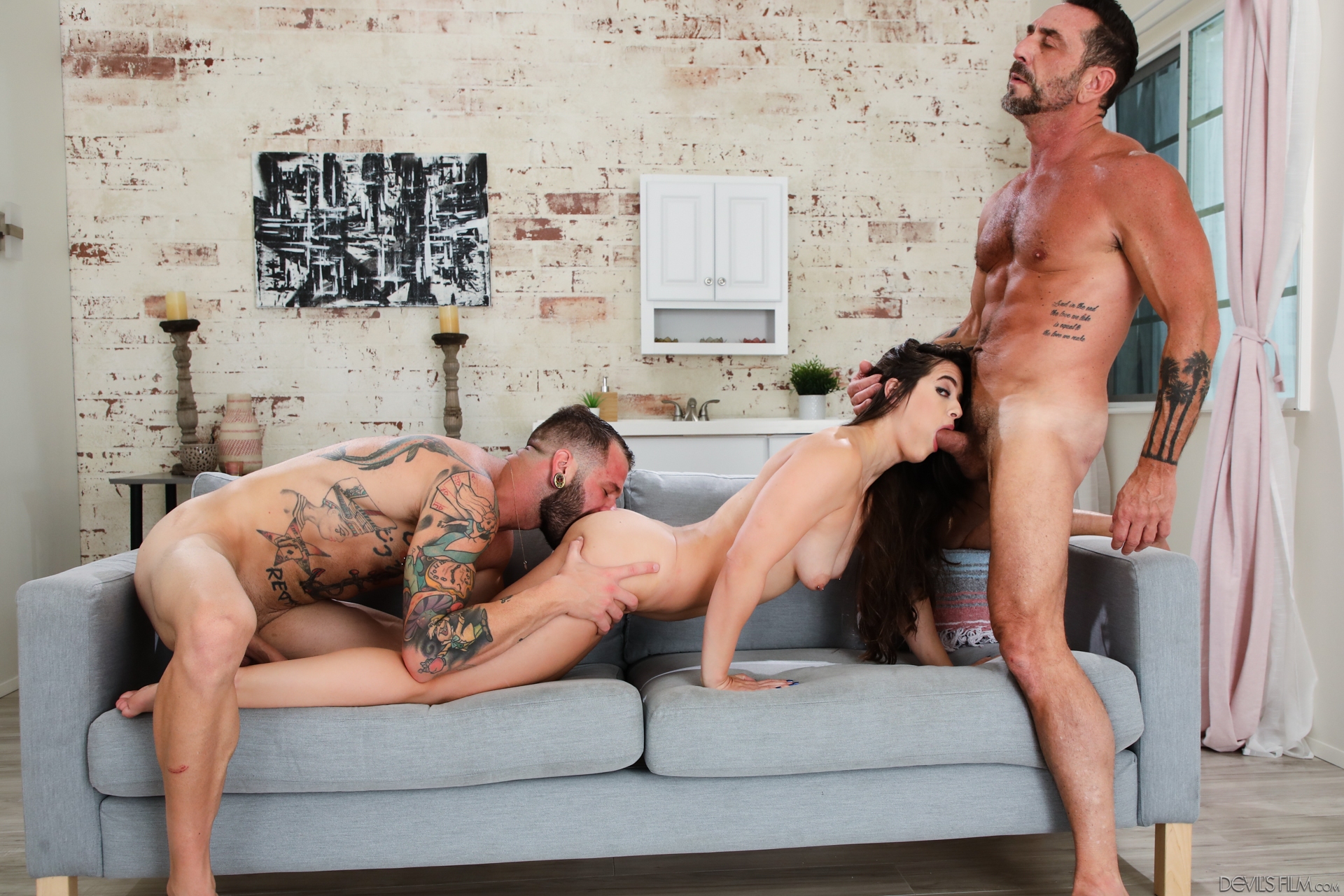 Stuck With Him & Her - Abbie Maley, Johnny Hill & Vince Parker

Johnny knew New York City was on a mandatory lockdown but figured they could avoid quarantine by not flying in but driving in on the turnpike. Next thing you know he and his wife and his gay buddy Vince are all being held in a hotel loft for 10 days to quarantine. Maybe this is why Vince volunteered to drive them so he could be locked up with the sexy Johnny and sooner or later love would take it's course. Boy does it ever. Abbie has always said she thought her hubby was a bit bisexual and encouraged him to engage in sex with other men but Johnny was hesitant. Finally he gives into what he thought was just a simple blowjob to keep Vince happy but Abbie catches them and takes it much further. Next thing you know the boys are buttfucking each other. Oh well -- what happens in quarantine stays in quarantine.